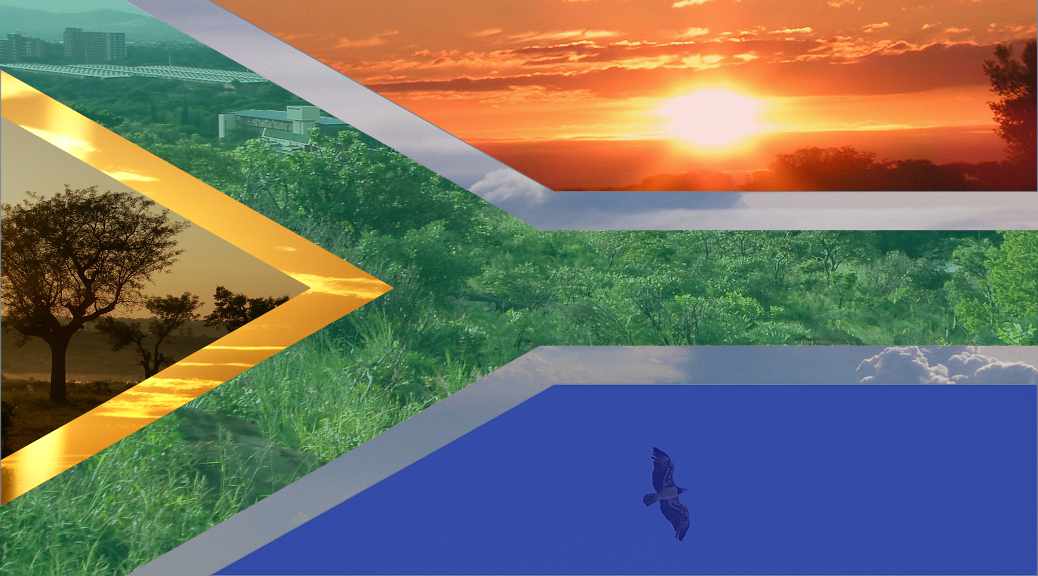 The photo above was taken this morning (30 October 2017) during a protest against farm murders in South Africa.  I have written a post regarding the well known South African “Farm murders” campaign which was well received by many people in our country. This post was an attempt to bring the statistics used by many people and activists in our country into perspective. You can read all about that post here.

It is a proven fact that most statistics and facts regarding farm murders in South Africa are totally “fake” and not trustworthy at all. Even AfriForum admitted and agreed that activists are using total fake statistics. AfriForum even goes so far as to completely distancing themselves from people who are embarking on this false and harmful strategies.

Referring to my post about the false statistics, this is an email message that I received from a very senior person in AfriForum a few months ago:

The AfriForum Research Institute (ANI) does not in any way affiliate with any outside parties. That being said, I would like to bring the most recent report of farm attacks and the 2016/2017 statistics under your attention. Please find the report attached. I do not, nor have I or will I ever, conducted my research solely with the focus on one race. All the statistics and reports released by myself on the topic includes ALL victims of farm attacks and farm murders irrespective of their race. It is my personal belief that doing so would harm the greater cause of addressing this issue and the race of the victims is, to me, irrelevant. Every life matters. I can not speak for individuals who quote statistics claiming otherwise.

I trust that you will find this correspondence with the good faith with which it was intended.

The statistics attached to this email did in fact reflect the true statistics which more or less conforms to the statistics published by the SAPS. This truly emphasizes the fact that AfriForum does not support fake statistics at all. Their statistics however includes all races on farms but not for the whole country.

Fake statistics and false accusations are of course very harmful to our country and our people because it only spurs more fear, more hatred and more racism among so many people in our country. Even the statistics about excessive violence of hatred and sadistic atrocities when committing crimes among white farmers are based on total fake statistics. The true statistics regarding this aspect is also far lower than the rest of the world. These kinds of atrocities are a reality across the globe.

The fake statistics, the false statements and the way that this false information are presented by activists only cause a lot of fear, hatred and racism among our people. It achieves nothing but negative results. It is especially our children who suffer the most. The fear and uncertainty that some of them go through on a daily basis are so harmful, so unfortunate and absolutely unnecessary. All this because this false campaign is built on lies and false statistics. There is no white genocide in our country and the real statistics are among the lowest in the world.

When I received the above mentioned email from AfriForum, I asked this person for an explanation about the reason for this campaign that they so zealously drive in South Africa and across the world. Seeing that AfriForum basically agrees with the statistics disclosed by the SAPS, why then do they still drive this campaign? It is clear that the white people in South Africa are among the safest people in the world when it comes to violent crimes. Even the statistics regarding sadistic atrocities against white people in South Africa are among the lowest in the world. This does not make sense. Why this relentless never ending campaign? As you might have guessed, this person never replied to this question and I am sure nobody working for AfriForum or representing the farmers community in South Africa ever will.

I know why and I think many people know why. It is all about the white farmers’ fear that they might loose their farms. It is purely for this reason that they drive this harmful campaign. The primary aim is to win the sympathy and of course the support of the international communities of the world. It is for this reason that numerous awareness outreaches have been carried out oversees over the past few years.

It was a political decision. It is all about the political well-being of the white South African in South Africa, especially the white farmer. Many people in South Africa may feel that this is OK. The opposite is actually true. To build a campaign on lies and fake facts in order to achieve a specific goal, but, in the process cause a lot of bitterness, hate, fear and conflict, is never OK.

My question is, why don’t they trust God to help them through this whole landownership threat and process? In stead of causing all this fear and bitterness and hatred, why don’t they just negotiate? In stead of seeking the sympathy and support of men (governments and leaders across the globe), why don’t they seek God? Is this campaign worth all this bitterness, hatred and fear? Why are they willing to pay this price? Do they intend to maintain a society of imbalances just to keep what they feel are rightfully theirs? Have they explored acceptable alternatives before they decided to embark on this unacceptable and harmful campaign?

When it comes to the farm murders campaign, we have three groups of people in South Africa who are supporting this awareness program:

The farmers themselves are just a small group of people who started the whole campaign. They have just one goal and that is to find as much as possible support and sympathy from the international community and local groups of people that they can.

Then there is a second group of people who have inherent racist trends. For these people, the “Farm murders campaign” is nothing but a “noble” excuse to express their true feelings for and about black people in our country.

Then there is a third and huge group of people who are loyal supporters of the farmers of South Africa. These people have been deceived by the lies and the fake statistics and statements of the above two groups. In order to keep the farm murders campaign alive, they are faithfully forwarding each and every “whatsapp” message and “sms” that they receive from the above groups of people.

Most of them are totally ignorant to the fact that they are being deceived. Most of them do not even realize the damage that they cause to the people of this country and even to their own children. The fear, the bitterness and the hate that this campaign caused through the years cannot be measured. These people will however carry on playing a part in this movement unless they are made aware of the true facts about this campaign. They are not racists but feel that they cannot ignore the campaign because of the false impression that they have been brought under. After all, we are talking about the food basket of South Africa and that is serious stuff.

I am however convinced that there is only one solution for the landownership issues of our country. Because of this belief my advice to the farmers of South Africa is the following: “Go sit at the negotiation table and find an acceptable solution for this issue which will benefit all peoples of South Africa. There must be a solution which will not be harmful to the economy and to our people. There must be a solution resulting in a win-win situation for all.

If it was not for this harmful campaign, the new South Africa would have been a much better experience to most people of our country. There is still hope. It is not too late yet. However, the longer we keep promoting this campaign the more difficult it is going to become for South Africans and the more damage and pain we are going to cause in the lives of it’s citizens. We need to stop this now.

All local resources on this website are free of charge. Please help us by sharing it with your friends through the social networks. Social network sharing buttons available at the bottom of all pages

Scroll back to top Do NOT follow this link or you will be banned from the site!